Frankly speaking, I was compelled to run spell check on the title so as to remove my obscene little wordplay and put the original word there to show my true feeling against Indian censorship and peoples' hypocrisy by evil part of my mind ( believe me, this part not having that much dominance over my brain than its counterpart, but nowadays its changing and capturing as much area of my mind as possible whenever opportunity arises ). Anyhow I don't  want to offend my readers (if there are other than me) at the start and make them read more so I can give them more acidic pills later on.
First thing first: why I'm so enraged ? If you belong to specific class of people who usually follow quality movies than you already knew whats all these is about. But if you belong to that general class which occupies major piece of cake in the representation of Indian mass population of moviegoers as a pie chart, than its  possible that you don't care at all about what's going on ( please stop reading this now and go watch some latest Salman khan movie. You deserve it.) 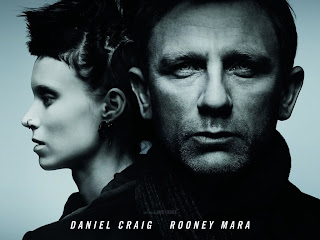 As we all know that major work of Indian censorship board comprises of giving suitable viewership certificate to the movies belonging to Bollywood as well as Hollywood. But from last few years it's doing more than that. Indian censor board is robbing us from great Hollywood movies in the name of moral system and cultural values and what not. Its been evident that most of hyperviolance and nudity scenes had been cut even though movie was given 'A' rating. I don't  understand what government is proposing by these kind of "offending" maneuvers ,that Indian viewers are still not mature enough to digest this kind of stuff or they are just dumb enough to be inspired by it and commit themselves to petty values after watching it. All these precipitates to one and only one conclusion that major portion of Indian people love to be hypocritical. May be it's too much generalization on my part, but I am so much frustrated from last few incidents that I better choose to asphyxiate my self from dipping my head into liquid Nitrogen than see one more Salman khan carbon copy movie.
Here's few points vindicating my frustration...
- A dark,bleak and solid crime thriller "The girl with dragon tattoo" by well known and talented director David Fincher (se7en,zodiac,the social network and much more) is not going to be released in India. Reason: it has some explicit violent scene and full nudity. I doubt censor board members have taken little care at least to read the source material i.e. trilogy by crime journalist Stieg Larsson. What they are expecting , That David Fincher will show kissing of stigmas of two flowers replacing all sex scenes like in old Hindi movies ?
- Oscar nominated classic 3D movie "Hugo" will not have screening in India having some farce reason. Viacom18,being distributor in India, said that it will not have enough theatre run as people will not appear to see it as it does not have major star cast. Frankly I agree with the statement to some extent as most people are busy supporting some hopeless Bollywood movie. But what about Viacom18's own production Blood money or say, Bitto Boss (what is this ?) ? It's pity that the movie Hugo which was lauded by none other than James Cameron as having best use of 3D technique than Avataar, is out of the grasp of Indian viewer.
- I still remember that I went for John Carter and during that movie, entire absolutely hilarious conversation about getting "high" was edited from the new trailer  from MIB 3. (I knew as I already watched that trailer on net the same morning).
Is it what the meaning of being mature in India ? Are we living in democratic country or some totalitarian George Orwellian state ? We all to blame for this (including me) as we have been taught to adapt and make ourselves self-satisfied, with whatever provided to us. That's why most of us find fun and happiness in movies and stuff which never challenge us in intellectual way. We just want to escape ourselves from trouble of thinking and find solace by projecting ourselves in place of "Hero", doing all the fighting in some "masala" Bollywood movie for us and feel satisfied.
Compromise and adjustments are virtues of the weak....... You get what you support....
Posted by villpower at 11:12 PM

villpower
From my point of view this section is the most laughable of all. Seriously, On any other day I can spend a lot describing myself but whenever I face "About Me" section on any social networking or any other site, I can't find words ( of praise, say :).Actually this section allows your inner self to be expressed (either truly or falsely). You just give on the fly account of yourself which you wish to become not what you really are!!! Now, If you still reading this section up till this, then you should read something fruitful (may be you can find it in one of my blogs :). To know me, you just have to meet or chat with me ............